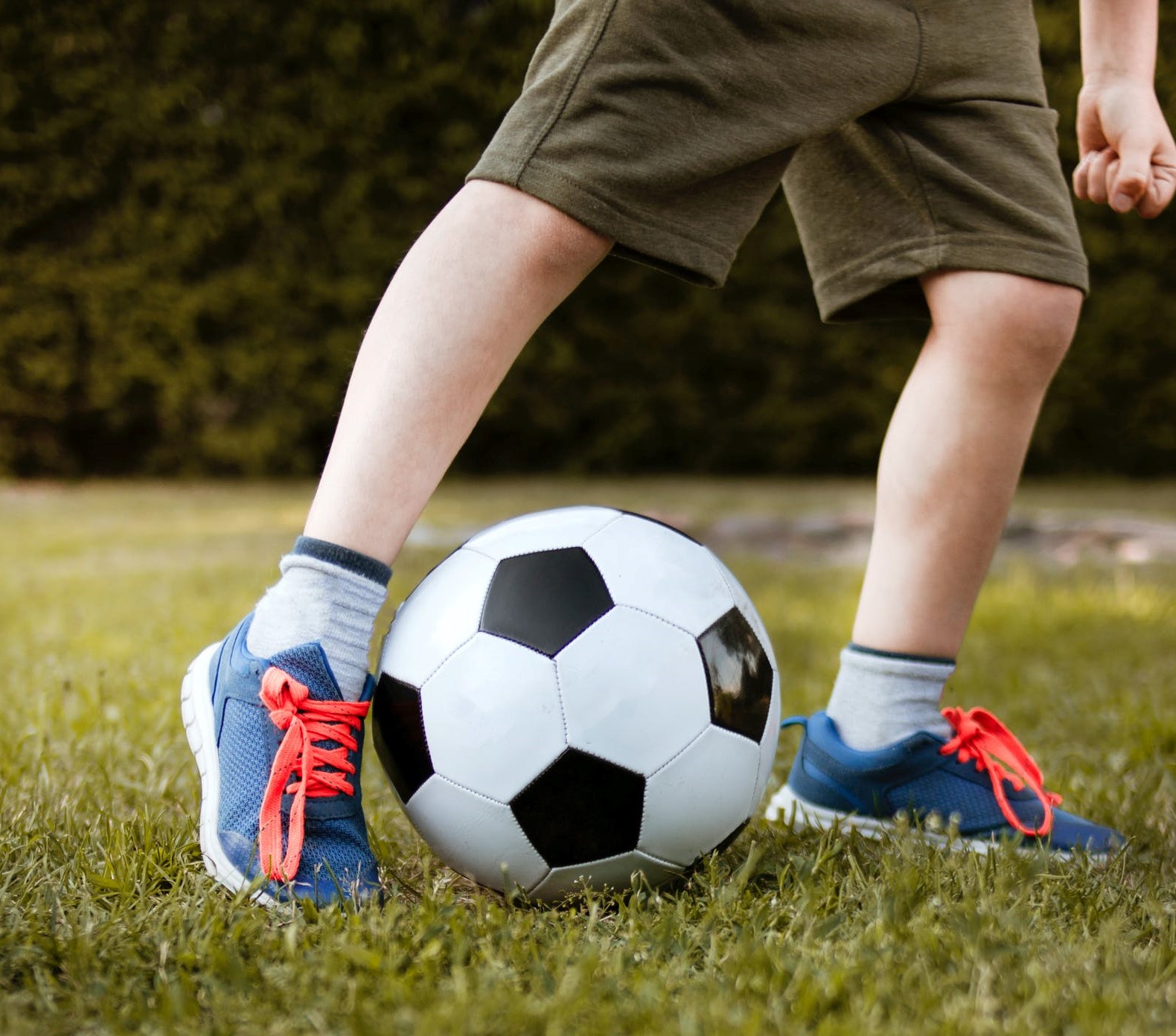 Even though the current restrictions have made it difficult for children to play competitive sport, there’s still plenty you can do to keep yourself fit and active. Here SoccerKidz, who run football clubs for children aged between three and a half and 14 years old in and around London, highlight some soccer skills you can try out at home in the back garden or in the local park. (If you need any assistance with any of them, get your parents to help out – but for some of them you only need a ball and a wall).

Place a series of static objects, like cones, spaced at regular intervals apart from one another in your back garden or in the local park. Then complete the course by dribbling between the mini-obstacles as fast as possible without touching them with either the ball or your feet. Then then do a 180-degree turn and complete the course in the opposite direction.

To introduce a competitive element, time yourself as accurately as possible and try to improve on your original performance. To make the course more difficult, constantly vary the distance and positioning of the cones. This kind of training drill is regularly carried out by professional players.

If you don’t have your own goal or nets, try to create your own target such as chalk outline against a wall (but don’t forget to ask permission from the wall’s owner first!). Practise turning with your back to goal and then shooting, and then get into the habit of taking as few touches as possible before the shot. Also try aiming for different areas of your ‘goal’, such as high or low, or to the left or the right of the target.

This sort of practice works best if you have a training partner, such as a brother or sister, to feed you footballs (and to collect any stray shots!).

In the Premier League, it has been estimated that between 5-6% of all direct free kicks ends with a goal. So, as an extension to shooting practice, try a ‘dead-ball’ routine, placing the ball down on a given spot and add some sort of barrier (such as an old bench or table on its side) between you and the target to simulate the defensive wall which you would get in a real match.

The trick is to get the ball over the barrier but ensure that it comes down quickly enough so that it goes under your goal’s ‘bar’. Vary the range you take the free kick from and experiment with different methods of striking the ball – for example, try placement as well as power.

This is the kind of exercise you can do on your own – you just need a wall. Pass the ball into the wall, control it when it comes back, then pass it into the wall again. Try to minimise the number of touches you need to take to bring the ball under control. If you feel particularly confident, don’t take a touch at all. Remember, time and space may be at a premium during a match so the quicker you can get your passes away, the better.

It’s important to keep up your general level of fitness, even when a lot of competitive sport has been cancelled. If you are aged between 5 and 18, then you should take part in an hour of ‘moderate to vigorous’ exercise each day. That can include riding a bike, walking your dog or simply running or walking.

These are good habits for you to get into at an early age as they help lessen the likelihood of health problems in later life, and they will provide mental health benefits too – rather than being cooped up indoors, the fresh air will do you good.

There are also some simple exercises which will help improve your agility when it comes to the football pitch. Lay down a ladder on a patch of grass, then run across it, putting one foot in each space between the rungs. Lift your knees up as high as possible each time, as this will improve your lower body strength, balance and overall fitness. If you want to be more ambitious, you can make sure both feet go in the same gap.

Football Clubs for Children in London from SoccerKidz

These exercises should keep your fitness and skill levels up and ensure that when SoccerKidz gets fully up and running again you shouldn’t have any problem with any of the activities we have laid on – and there’s no substitute for the courses which we can provide.

We offer a wide variety of courses, including weekend youth soccer coaching and junior goalkeeper training. We also lay these on in several different locations in London and Hertfordshire, including Barnet, Broxbourne, Cheshunt and Enfield.

Contact us to find out the latest news on courses and availability of spaces by following this link and filling in the online form, or by calling us on 07946 260945.