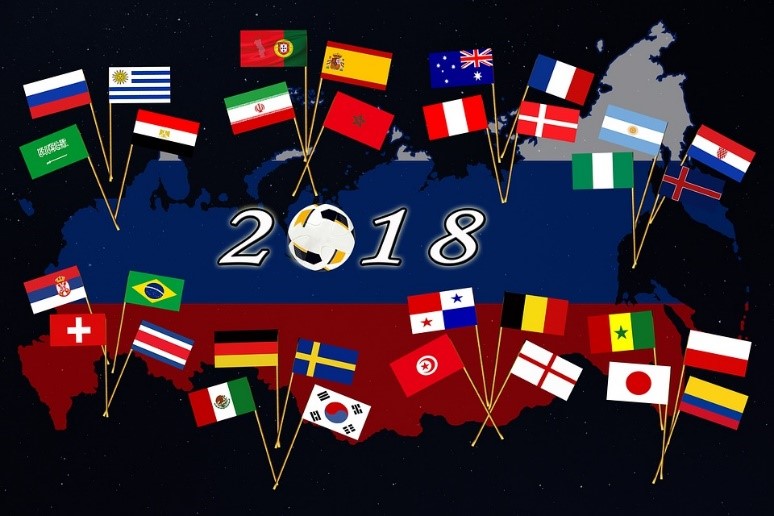 The football World Cup is an event which can inspire a nation, and particularly its children – one memorable goal or piece of skill can encourage a youngster’s interest in the sport.

SoccerKidz supplies high-quality football training for kids in London and surrounding areas, including Barnet, Broxbourne and Haringey. Here we look at the history of the World Cup, this summer’s tournament in Russia, and how we can help foster your son or daughter’s interest in the game.

A Few Facts and Figures

The first tournament was held in 1930 in Uruguay, and they have taken place every four years since then, with a break because of the Second World War in 1942 and 1946. The aim of the tournament is to find the best men’s international football team in the world. (The women’s tournament, which is growing in popularity, is also held every four years and is next scheduled to take place in France in 2019).

Each continent has its own qualifying sections which teams must come through to qualify for the finals, which are usually hosted by one country. Entry to the first tournament was by invitation only, with 13 teams taking part. The last final tournament, held in Brazil in 2014, saw 32 countries participating, with 64 matches being played; the same numbers will apply to this summer’s tournament.

England hosted the tournament in 1966 and won it, courtesy of a hat-trick by Geoff Hurst in the final at Wembley against West Germany.

The global reach of the tournament is can be gauged by the massive viewing figures. More than 1billion people watched the final of the 2014 tournament, either on TV or on a mobile device. In the UK this figure was just over 20million, split between BBC (16.7m) and ITV (3.8m).

England are the only one of the home nations to have qualified for this year’s tournament, which is being held from June 14th to July 15th, when the final takes place in the Luzhniki Stadium in the country’s capital, Moscow. There are 12 venues in 11 cities, as far apart as Sochi to the south of the country, to St Petersburg in the north, Kaliningrad in the east and Yekaterinburg in the west. Moscow has two grounds which will be hosting matches, the Luzhniki Stadium and the Otkritie Arena.

Kick off times vary, but UK viewers will not have to watch matches in the middle of the night; the earliest games will start is 11am BST, and the latest is at 8pm BST. England’s first three games are against Tunisia in Volgograd on June 14, against Panama in Nizhny Novgorod on June 24, and finally against Belgium in Kaliningrad on June 28. After that dates, England’s venues and opposition have yet to be confirmed as they will depend on results.

How Children Can be Inspired

The tournament is a showcase of the greatest skills from around the world. People, and particularly youngsters, can be inspired by what they see on screen, whether it is a piece of ball control, or a keeper’s save, or a spectacular goal. There could also be domestic knock-on effects; we are more likely to get interested in the tournament if England are doing well and reach its later stages.

However, it is important that children are encouraged to get up off the sofa and take part in some sort of physical activity. Studies have suggested that watching too much TV can be damaging to people’s health,  so youngsters should be encouraged to play football and other sports.

At SoccerKidz we run a range of courses to tap into your child’s interest in football. These are not just in school term time; we also offer half term football courses and sessions at weekends and over the summer months in places such as Waltham Forest, Welwyn Hatfield, Enfield and Epping Forest.

We also run After School Clubs and Evening Classes, and elite nights for boys who have shown a real aptitude for the game, or 1-2-1 sessions for specialist positions, like goalkeeper coaching. Our expertise is not confined to football as we can also offer tuition in a range of other sports too, either paid for by parents or by the school.

The Emphasis is on Fun

Our football training courses for kids in and around London are run by fully qualified coaches who are trained in first aid and have been DRB checked. We appreciate that not everyone has the same skill level, and certainly not of the international stars they have been watching on TV. So we aim to make sure that all children – girls and boys – get a thorough grounding in all aspects of the game, while not losing sight of the need for everyone to enjoy themselves.

If someone shows real promise then, as well as the specialist coaching we can provide, we also have excellent contacts with professional clubs in the London area.

If you would like to know more about the range of courses offered by SoccerKidz, click on the link (https://www.soccerkidz.net/contact/) and fill in the online form.