Why More Girls Are Playing Football Than Ever Before 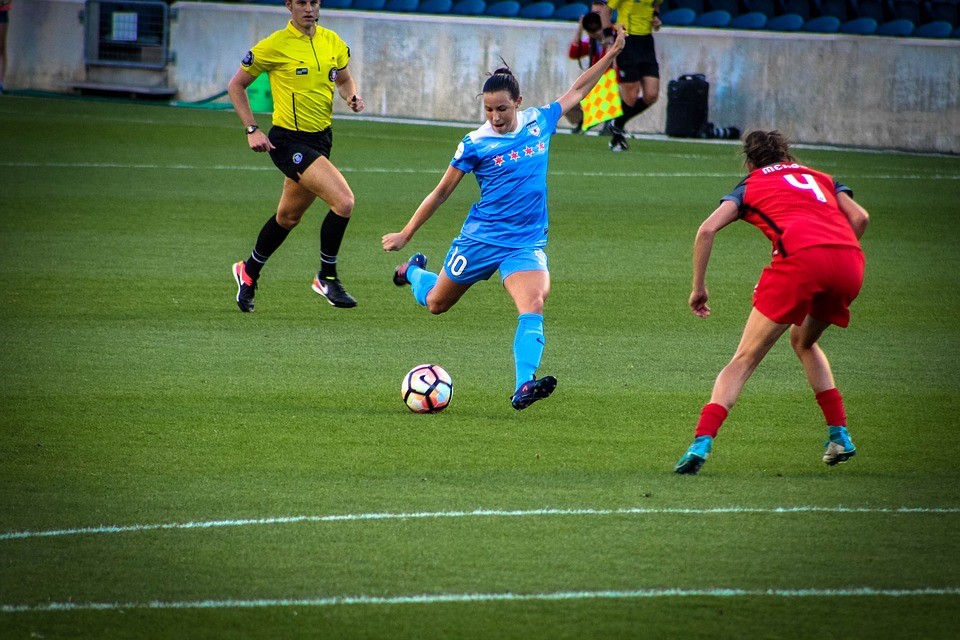 Why More Girls Are Playing Football Than Ever Before

When you think of the stars of English football, you’re likely to think of the usual suspects – David Beckham, Wayne Rooney and probably some of the recent 2018 World Cup heroes – Harry Kane, Jordan Pickford and Harry Maguire. But could you name three female football stars? Probably not. However, with the rise of the England Lionesses women’s team and more girls now getting involved in football than ever before, this is likely to change very soon!

SoccerKidz provides first-class football coaching in London to both girls and boys of all abilities, as well as offering football birthday parties, 1-2-1 coaching and goalkeeper coaching in London, including Barnet, Waltham Forest, Haringey, Enfield and Edmonton.

Girls on The Rise

Since the Lionesses’ triumphant 3rd place ranking in the 2015 Women’s World Cup – compared to the men’s dismal group stage knockout the previous year – a revolution has been set in motion and now girls up and down the country are taking to the beautiful game.

Until recently, football wasn’t offered to girls as part of their games curriculum at school – it was just netball and hockey, but boys have always traditionally had access to football. However, the Lionesses’ recent victories have shown just how important it is for more girls to get into football – the talent is clearly there, it just needs harnessing.

When the FA released its Gameplan for Growth scheme last year, they said they were “committed to doubling female football participation by 2020 and growing the women’s game at all levels, from elite to grassroots.”

As part of their plan, 199 new girls-only local football sessions for 5-11 year olds opened last year, with a further 772 planned for this year.

However, the FA scored somewhat of a PR own-goal in December 2016 after it released a set of guidelines encouraging girls to play football, that included “clean and colourful bibs, Twitter breaks, pink whistles, pink water bottles… pink everything.” This did not go down well with the women and girls that already played football and the immediate backlash prompted the FA to release a statement admitting they got it wrong.

The Future of Women’s Football

The driving success of women’s football lies in improving its visibility. While, disappointingly, the Lionesses’ 3rd place World Cup match in 2015 was relegated to BBC3 (as BBC1 showed a DIY programme!), the FA is hoping to bag a prime-time TV slot for next year’s 2019 World Cup.

The Lionesses are tipped to win the 2019 World Cup, as well as win medals in the 2020 Olympics, and the FA believes their success will continue to inspire women and girls of all ages to take up the sport.

SoccerKidz provides a range of football coaching in London to children of all abilities, including both boys and girls. We also provide 1-2-1 coaching, football birthday parties and weekend, holiday and after-school clubs, as well as goalkeeper coaching in London, Waltham Forest, Barnet, Haringey, Edmonton and Enfield.